Refresh v reboot: Apple is at it again

What does it mean to design in a world where countless competitors, ideas and solutions are available? Where differentiation is sometimes reduced to a matter of dollars or features? Apple has an answer to that question….

Design is a Business Asset

Since 1997, Apple Inc has reminded us to “Think different.” It was a clever slogan, encouraging consumers to consider Apple’s computers at a time when the struggling company was only holding on to a tiny slice of the PC market. But there was unimaginable power behind those words, and the culture of creativity at Apple was shifting to realize that potential. First came the reintroduction of Steve Jobs as CEO in 1998. That was followed by the original line of iMacs that put the world on notice that computers weren’t really destined to be big, beige desktop boxes.

Sure… we can look back at those translucent, colorful CRT-screened iMacs and giggle at their “bubble” form factor, but their existence and success paved the way for greater things.

If you’re reading this on your current-generation iMac or similar all-in-one PC, or if you’ve pulled it up on your smartphone, the DNA of your device owes more than a few chromosomes to Apple’s “comeback” product line.

Apple Goes Outside the Box

In the first decade of the new millennium, Apple would redefine so much more:

With new concepts come new players (here’s looking at you, Google/Android) who have helped breathe new life into these concepts, and have created their own new, innovative products.

But this is a post about Apple, after all, and though fan-boys and haters alike have been let down with Tim Cook’s direction (“He’s no Steve Jobs”) in the last two years, their new product announcements from the Worldwide Developers Conference (WWDC) are indicating a change in industrial and user interface design that may prove to be more than skin deep.

First, comes the new Mac Pro. For a decade, we’ve been seeing the same silver, brushed aluminum case design. It’s been here since the introduction of the PowerMac G5 in June 2003. And, of course, we’ve got a nice collection of these powerhouses at each of our design and production workstations.

Yes, the creative workhorse of the Apple family is getting a new look… 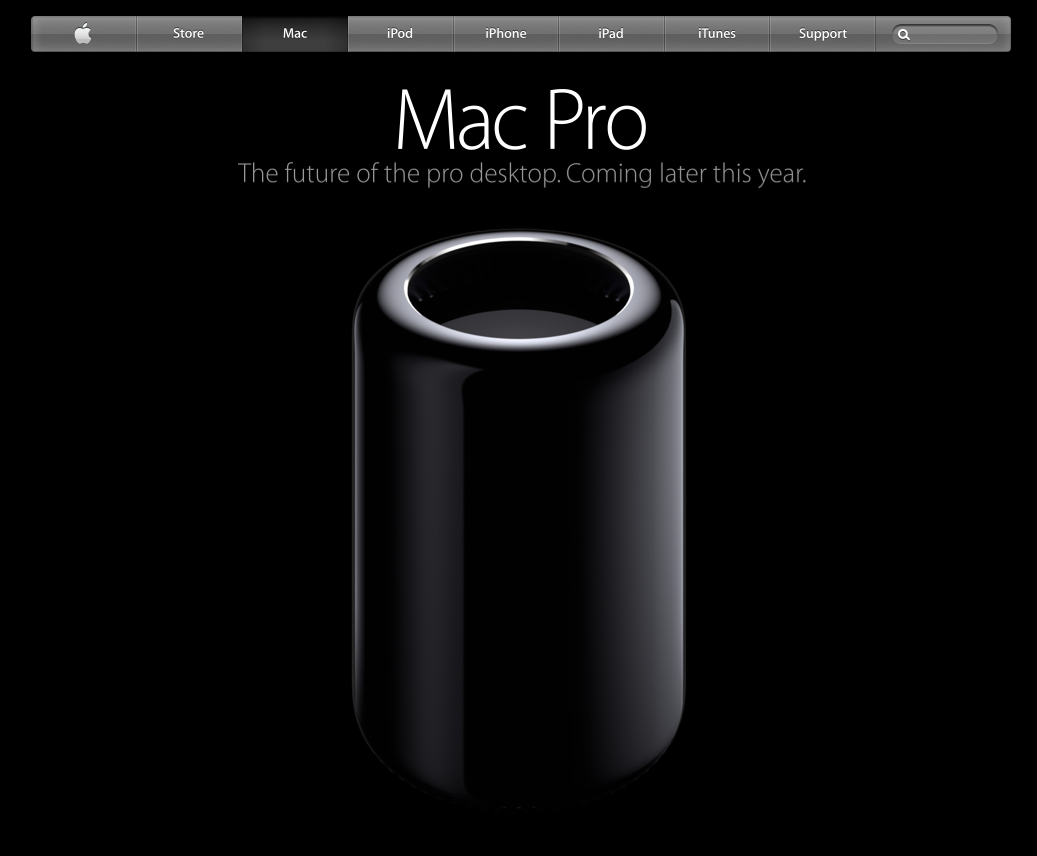 “We didn’t just want to make another version of the same old desktop idea that everyone’s had. What would be a new…form factor for the next 10 years?”
– Phil Schiller

In a video reveal (jump to 55:10) that takes cues from luxury sports car shots (low key lighting, quick cut edits that accentuate the curves and glossy finish) the Mac Pro redesign stands out for turning it’s back on workstation design conventions. All expansion is external and the inner guts feature a bleeding edge architecture and components. Built in capabilities include support for four streaming 4K displays (that’s a lot of pixels out of the box!). All this in a stunning black cylinder that is approximately 10″ tall and 6″ wide, and assembled in the USA. Pricing and ship date to be announced later. 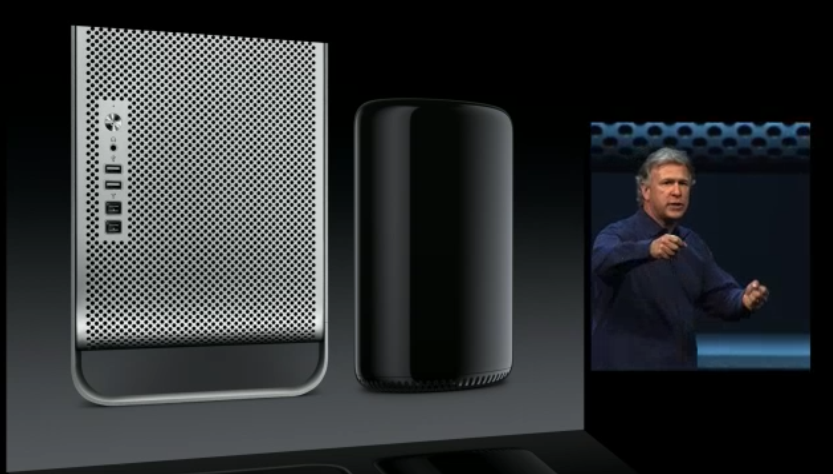 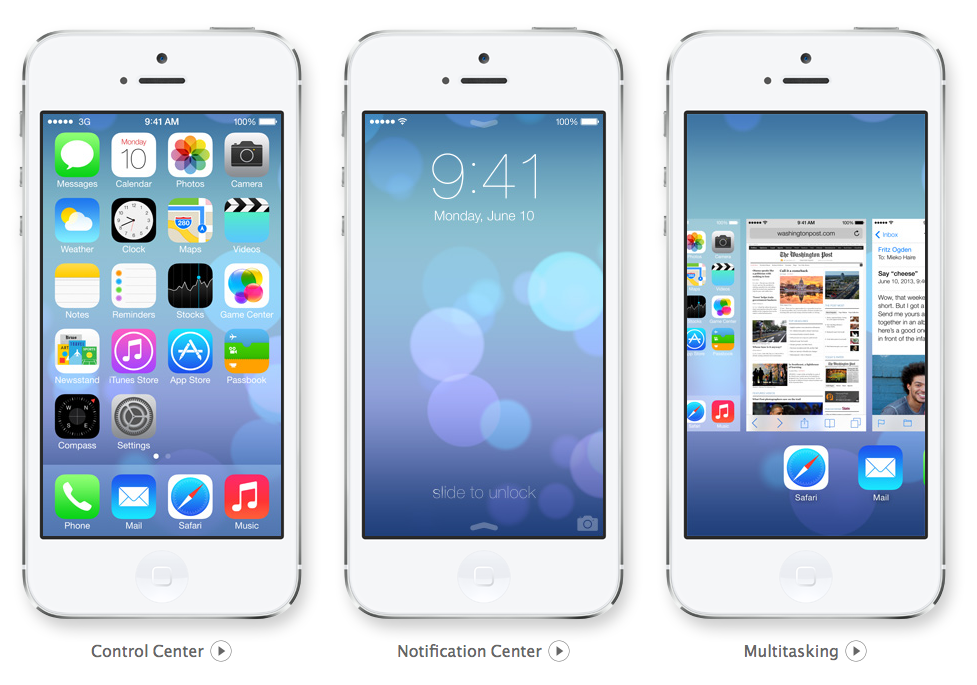 Next, while we have yet to see a definitive new iPhone 6 hardware design, the new version of the operating system software (iOS 7) has been revealed. You may have heard about a flatter design, similar to either Android or Windows OS. It’s true. “Flat design” refers to a design approach that is less “skeuomorphic.” A skeuomorph is a design element that has been treated to call to mind a corresponding physical object. An example is the “bookshelf” look of the iBooks app, or the polished, glassy “Web 2.0” icon style that’s been a part of iOS since 2007.

While this won’t make iOS any faster or “better” it introduces a modern approach to the interface that is less anchored in outdated concepts. Other UI improvements include multitasking, browser tab switching, AirDrop content sharing and more… Read more about Apple’s iOS 7 features.

We love design, technology and taking on communications challenges. That makes us the perfect creative partner for any entrepreneur or organization looking to get results from their marketing efforts.